To understand the Concept & Services of

Stolen????- where you can help yourself and others:

GO TO http://stolenkids-bloggers.blogspot.com/ Or perhaps more suited to YOUR needs:

StolenChildhood- 4 those facing abuse past or present sexual or other!

StolenTrust- 4 those where or have suffered abuse within a relationship!

GO TO http://StolenTrust-bloggers.blogspot.com/
or
StolenOyster- 4 those who have been abused or raped by a stranger or stalker 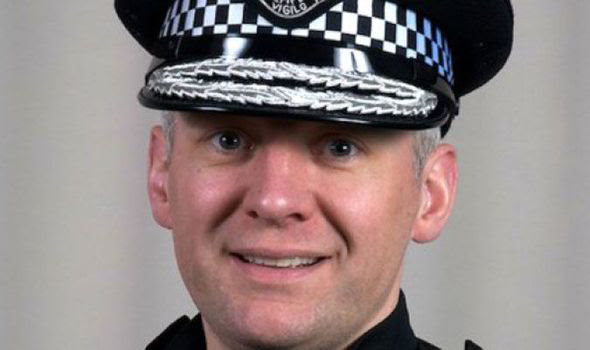 Further details cannot be disclosed for legal reasons as the cases are still to come to court, however the investigations contain chilling echoes of high- profile prosecutions south of the Border.
In another, utterly appalling example of child abuse, two 13-year-old Scots girls were groomed and raped by a network of “numerous” paedophiles across Britain.
This operation resulted in 37 arrests and the identification of 108 further potential victims and perpetrators. Again, all of those involved are still awaiting trial.
The details of the crackdown were revealed by Assistant Chief Constable Malcolm Graham to a Holyrood inquiry into the scale of child abuse. Concern is growing that the problem has been grossly underestimated for years, with police and prosecutors failing to take victims seriously.

Senior officers also fear the involvement of ethnic minority offenders in child sexual exploitation (CSE) will lead to “significant community tension”.
Mr Graham said: “In two large scale CSE investigations in Scotland a significant proportion of the identified perpetrators were from ethnic minority communities. It is not possible to draw conclusions from this relatively small dataset and more accurate data and wider research is required.
“It is acknowledged extremist groups have attempted to associate CSE with wider immigration issues and this has the potential for significant unrest.”
However, a police source added: “There are groups of foreign nationals involved in this and maybe respect for women isn’t seen as being a high priority in their country of origin.”
The two Scottish probes follow similar operations in England, which saw members child grooming rings jailed. In particular, cases in Rochdale, Oxford and Telford where Asian and North African men preyed on vulnerable white girls sparked widespread outrage.
Mr Graham, formerly the top murder detective in Edinburgh, said the force was determined to “tackle this emerging threat to Scotland”.
Extra training on how to investigate child abuse has been provided, as well as a seminar where a victim gave an emotional speech to 200 officers.
In addition, a National Vulnerable Persons Database will be rolled out from July to record every child under threat and suspicious adult in Scotland in one place.
Mr Graham also had a chilling message for parents about the “darker side of social media and the internet”.
He said there has been a “significant rise” in young people posting indecent photos of themselves online, known as “selfies” – which often fall into the hands of paedophiles.
The biggest success of the internet crackdown was a “recent operation concerning two 13 year old girls who were groomed, exploited and sexually abused by numerous individuals across the UK. “This operation resulted in 37 arrests across the country.”
The difficulty in establishing the scale of child abuse in Scotland is partly down to the variety of different charges which offenders can face.
The Crown Office has revealed that 350 perverts have been convicted of rape or serious sexual assault of a child under the Sexual Offences (Scotland) Act 2009 since it came into force in December 2010.
A further 239 people have been cleared while 116 have been reported to the procurator fiscal but faced no further action.
Last month, the Sunday Express exposed the nationwide scandal of ‘party flats’ where young girls are groomed and then raped by older men.
To view the original article CLICK HERE

StolenKids
United Kingdom
A self help site collecting together a resource for those who perceive themselves or their children to have been abused by The State. We include aspects of Nanny Knows Best & Big Brother can bully so it does! The aim is to help the genuine cases and expose the deficiencies in the system and provide a site where those wishing to puplicise their case or to help can do so and show their Links. EACH Members Blog is a Personal Blog which they maintain and for which they are responsible.